Quincy (20) lives with his older brother and his family. He is first-year student Public Health; Lilian (19) lives with her mother and wants to study engineering at the University next year.

Lilian immediately saw that he fancied her when they were introduced in the swimming pool by mutual friends. They exchanged phone numbers, not much later they went to the movies and Quincy asked her if she wanted to be his girlfriend: “I was scared she would say no, but she said yes and made me a very happy man!”

That was two years ago. Lilian’s mother still 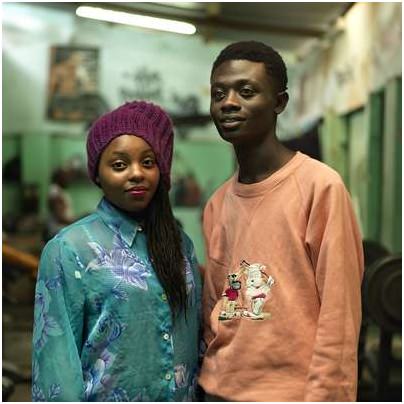 doesn’t know about their relationship.  “As long as I was at school, I really couldn’t say that I had a boyfriend. My mother would have gone crazy. Now I think she will understand. I am planning to introduce him very soon. Yes, of course I will announce this beforehand; I can’t just take him along!”

This means that they always meet secretly. They take yoga lessons together, go to the swimming pool or the movies. They meet at the youth centre where Quincy plays pool and Lilian takes salsa lessons and does fitness.

Quincy was playing pool one day when he saw people taking part in discussions. He showed an interest and was able to joint an training in sexual and reproductive health and rights. “We learned things they don’t teach you at school. For example how to use a condom and other information about contraception.”

That was a very useful training. Not only for Quincy, but for them both, because he shared what he had learned with Lilian. “The best advice I got was that it is not good to have unprotected sex.”
He also learned that you need to talk with each other about your sexual preferences and what you do or don’t like.
Lilian: “That is very important, because when you are together, you must feel at ease.”

They are not planning on getting married yet. They can live together on the campus when they are both studying next year. But they do intend to marry afterwards.

Quincy: “My dream is that I never lose her, that we will become a super good family, and that I will own cars – not just one, but several!”

-Story by our partner Rutgers