Should Sex Be For Peers?

She looks at her past high school photos with tears in her eyes, wondering relentlessly why she can’t unwind the sand of time. Her yester years defined her as a goddess, a legacy she would have lived up to had she inclined her teenager ears to the words of the wise. Riziki was very pretty; it was as if she taken more for herself while God was dishing out loveliness. Her striking facial features accompanied by her long silky black hair always made her the epicentre of attention. But in her early years, she was always focused in her books. “Education was the key to life,” until her teen friends began worshiping her.

In her peers’ imagination, she was the next Miss Kenya and as time ticked, she warmed up to the false fallacy of royalty. Riziki gradually purchased a misinformed school of thought that imprisoned her mind to pursuing temporary satisfaction. You see Riziki was half Asian, half Maragoli, her parents had defied the traditional norm of sticking to their own and bore her out of wedlock. But that was not a curse because her Asian chromosomes made her acceptable to her fathers’ Asian ancestors and hence they felt that it was befitting for her to enjoy the life of a private school in 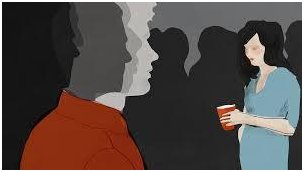 Unfortunately, her luxurious up bringing coupled by her teenage hormones made her the only bean in many Githeri’s. And her sophisticated pride made her an irresistible queen in almost all the high school funkies. But Riziki was no ordinary girl and hence she could not date any ordinary guy, she wanted someone who had it and had it all. She therefore fell for a pointy Sugar daddy who unwearyingly but surely derailed her ways to an extent that she moved in with him just after completing her form three exams.

Of course her parents were upset and her father’s relatives not distanced themselves but also forsake her at the dawn of this development. Her mother’s boastful praise also died in the same way because Riziki had clearly crossed the lines. Moreover, she put a deafening ear to all 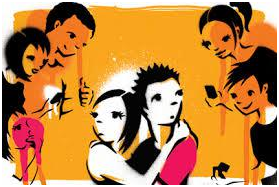 the innumerable attempts that were levied on her to reverse her decision. Unknown to her, her sugar daddy’s wife had been plotting her demise and she waited for their shared treasure to drive out of town before she could pounce.

On that ill-fated day, she allowed her anger to take control of her and poured hydrofluoric acid on Riziki’s face- An act that was condemned and applauded in equal measure. Although the pain was pricking, Riziki survived the terrible ordeal but after many months of healing, she bore an everlasting scar that registers firmly on her face. It registers her boldly as the one who dared to be lured by another woman’s her husband. Her sugar daddy left her because he was already full of the forbidden fruit. Now she cries everlasting tears because reality has established that she bit more than she could chew.

Imali Ngusale is a social media strategist, communication specialist, blogger and aspiring professor. She currently works as a communication consultant at CSA and is passionate about telling stories that change the world. Her twitter handle is @Ngusale and if you would like to see how she paints events and stories through words check out her blog http://ngusaleimali.blogspot.com/